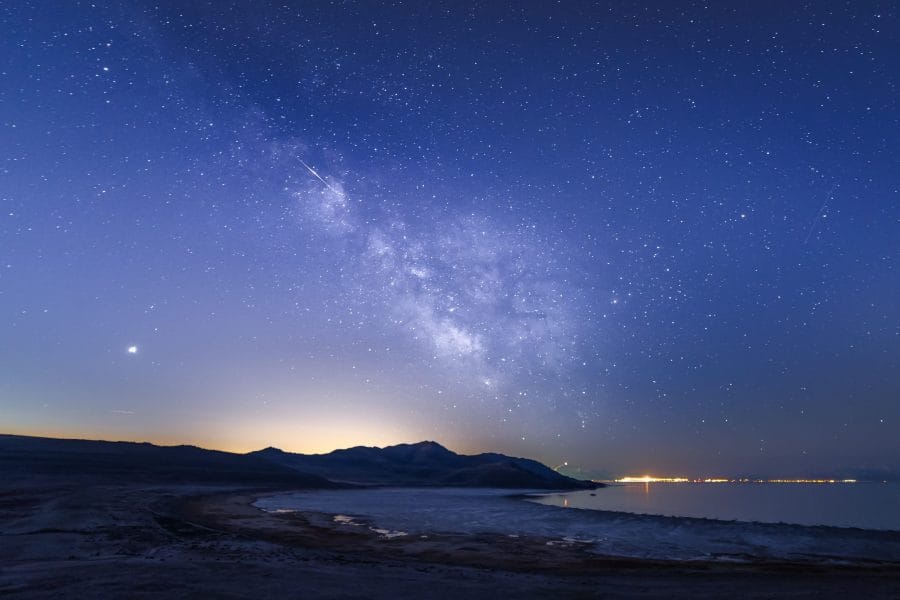 The abnormally clear skies above the rugged landscape in northern Utah have now led to the state park being awarded the prestigious accolade of being an International Dark Sky Park (IDSP) – an honour reserved for the world’s most spectacular starscapes.

The award means that Utah is now home to nine1 IDSPs – more than any other state or province on the planet. It’s official – if you love the sky at night, Utah is the place to embrace it.

As the world’s newest astro-tourism hub, Antelope Island is far enough away from urban areas to offer a perfect vision of the heavens – yet close enough to Salt Lake City and its international airport for UK visitors to fly in direct from London Heathrow and set out to enjoy untainted night skies in their full glory.

The event is one of many dark sky offerings across Utah this summer, including full moon mountain treks from Robert Redford’s Sundance Mountain Resort, the ‘Master Astronomer Program’ and free star parties at Cedar Breaks National Monument, and the renowned Astronomy Festival held at sprawling Bryce Canyon National Park every June.

Becky Johnson, Senior Global Manager for the Utah Office of Tourism, Film & Global Branding, comments: “The addition of Antelope Island as Utah’s ninth International Dark Sky Park reinforces the state’s position as the premier stargazing destination not just in the United States, but in the world. With exciting new activities and offerings across all nine of our Dark Sky Parks for 2017, we’re expecting to see plenty of visitors jetting in to embrace the night. Although it’s fair to say that all of our Dark Sky Parks are pretty stunning during the daytime too!”

Bon Voyage (0800 316 0194, www.bon-voyage.co.uk) has nine nights in Utah from £1,625 per person. The price is valid for travel in October 2017 and includes return nonstop Delta Air Lines flights from LHR to Salt Lake City, two nights in Salt Lake City at the Little America Hotel, two nights in Cedar City at the Best Western, two nights at the Capitol Reef Resort and three nights in Moab at the Sunflower Inn plus car hire for the duration. The price is based on two adults sharing room only accommodation.
For more information on Utah, visit www.visitutah.com

To find out more about The International Dark Sky Association, visit www.darksky.org

Images Available Via Dropbox: http://bit.ly/2plkYxA – please note, the image of Antelope Island may only be used when credited to Dan Ransom