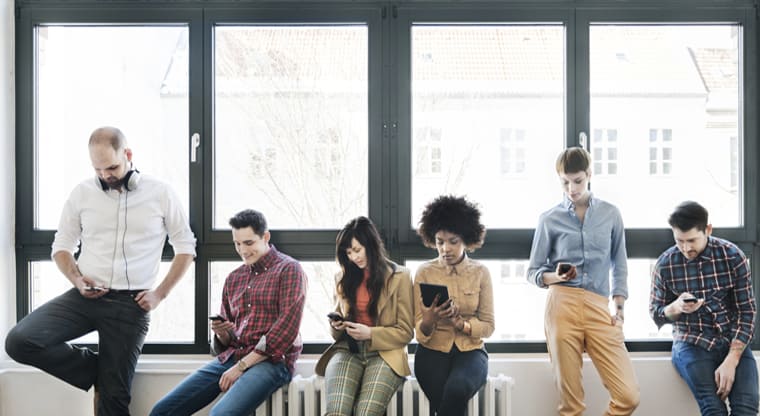 Weekly challenges encourage people to get off their phones

In a world increasingly dominated by screens and technology-led communication, we are seeing more and more initiatives that attempt to detach the consumer from their smartphone and bring them back into the real world.

Talk to Me London was a crowdfunded day of events and flashmobs aimed at getting London’s eight million multicultural residents talking, while filmmaker Miranda July’s Somebody app forced users to pass on messages from fellow app-users. Now, the Branch Out Movement is a social initiative which encourages members to be more communicative and engage with the world around them.

Participants sign up to the project for USD 5, and they will immediately be sent a simple, handmade bracelet which acts as a reminder to the wearer of their personal commitment to reconnecting with the real world. Users are then sent weekly challenges which stimulate real interactions. They are simple tasks such as ‘approach someone who is reading a magazine’ or ‘ask a stranger for a song recommendation.’ When they have completed the challenge they record their successes on their dashboard and are rewarded with points, medals and perks. 20 percent of the movement’s profit is donated to Big Brothers Big Sisters Foundation.

Of course, the initiative relies on the internet to spread awareness, and the movement quite rightly maintains that technology itself isn’t the problem — as long as digital interaction isn’t the only form of communication. Are there other ways to encourage people to make more of an effort to engage with the world around them?