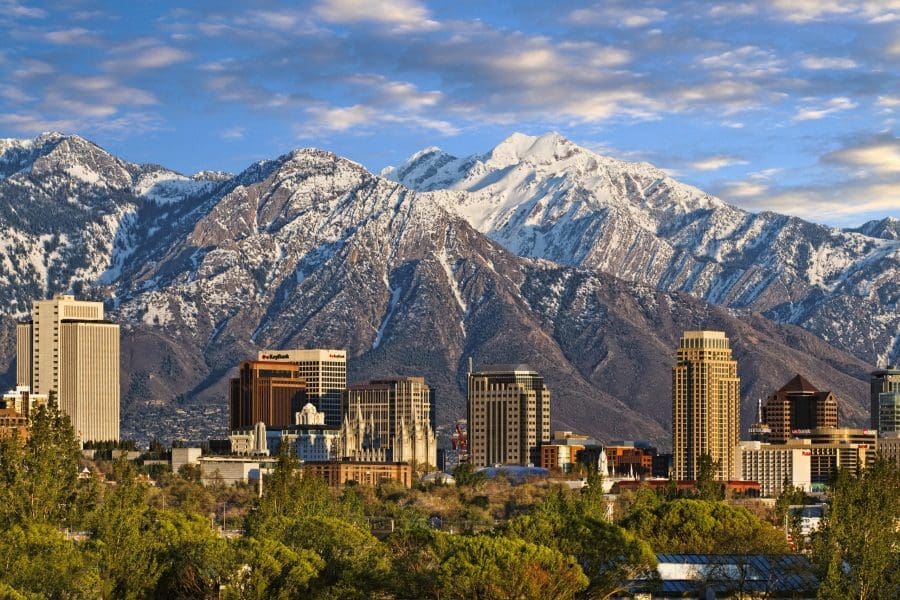 Available seasonally from 2 May 2016, Delta Airlines will operate a daily direct flight from London Heathrow to Salt Lake City. This development will make Delta the only carrier to operate a nonstop connection between the UK and America’s ‘Mountain West’. Operating in conjunction with Virgin Atlantic Airways, the route will depart the UK at 2.15pm and arrive in Utah at 6.07pm, while the return flight to London Heathrow will depart Salt Lake City at 8.10pm and arrive in London at 1.10pm the following day. Passengers travelling in the Delta One cabin to Salt Lake will enjoy full flat-bed seats and a range of personalised dining options. Additionally, all passengers will have access to on-demand in-flight entertainment and Wi-Fi connectivity on-board. For more information, visit www.delta.com / www.visitutah.com.

As the National Park Service turns 100 in 2016, take the opportunity to explore southern Utah’s fantastic ‘Mighty 5’ National Parks – Arches, Bryce Canyon, Capital Reef, Canyonlands and Zion. From a mule ride through the red rock scenery of Bryce Canyon’s ‘hoodoos’ and a hike to the iconic Delicate Arch in Arches to navigating ‘The Narrows’ in the Virgin River in Zion Canyon, discovering the nearly 100-mile long warp in the Earth’s crust at Capital Reef known as the ‘Waterpocket Fold’ and stopping at Canyonlands for a day of mountain biking followed by an evening of stargazing to see the Milky Way in Utah’s newest International Dark Sky Park – the ‘Mighty 5’ offer extraordinary natural beauty that should be on every travellers bucket list for 2016. For more information, visit www.visitutah.com/the-mighty-5.

Launched for the 2015-16 ski season, Park City Mountain Resort and Canyons Resort have been combined to create a new ‘mega-resort’, that is now America’s largest ski and snowboard resort. This development is part of Vail Resorts’ $50 million transformational capital programme. Boasting 7,300 skiable acres and over 300 trails, Park City is a world-class mountain destination. Key on-mountain changes include a new eight-seat Quicksilver Gondola, upgrades to the King Con and Motherload lifts, and additional snowmaking on two Iron Mountain area trails, allowing for better handling of increased skier traffic using the new gondola. Visitors will also have a choice of new eateries including Miners Camp, a top-of-the-line kitchen and culinary experience for up to 500 guests. For more information on Park City, visit www.parkcitymountain.com.

Brand new for the 2015-16 season is Utah’s newest ski resort, Cherry Peak Resort. Located near Logan in northern Utah, the resort is two hours from Salt Lake City, and features three triple chairlifts, snowmaking infrastructure, a 1.25 mile-long-run, and a three-storey day lodge that will host events year-round. Development began back in spring 2014 and the resort has now opened. Prices start from $49 for an adult day ticket and $36 for children (6-11 years). Receiving average annual snowfall of 322 inches, the resort is suitable for skiers and boarders of all abilities, but its terrain is set to be particularly good for those at intermediate level. For more information on Cherry Peak Resort, visit www.skicherrypeak.us.

The Sundance Institute hosts the annual Sundance Film Festival in Park City, Salt Lake City, Ogden and Sundance, Utah. Screening feature-length films, documentaries, shorts and more from around the world, the festival focuses on celebrating independent filmmakers and original storytellers to introduce audiences to new voices and fresh perspectives. In 2016, the event will take place from 21-31 January. For more information, visit www.sundance.org/festivals / www.visitutah.com.

Utah now tops the tables as the US state with the greatest prominence of International Dark Sky Parks – now boasting a whopping five, thanks to the dedication of new locations in 2015. These have seen Capital Reef National Park, Weber County North Fork Park and most recently, Canyonlands National Park all given the coveted status of International Dark Sky Park, joining Natural Bridges National Monument, which was the first location ever to be awarded the status, and Hovenweep National Monument. Stargazers keen to spot the Milky Way and more should consider visiting the Dark Sky Parks and time a visit to coincide with Bryce Canyon’s Annual Astronomy Festival from 1-4 June 2016. Other stargazing opportunities elsewhere in the state include a full moon ride up the mountain at Sundance Resort and a personalised experience at Montage Deer Valley from the hotel’s Constellation Concierge. For more information, visit www.visitutah.com / www.darksky.org.