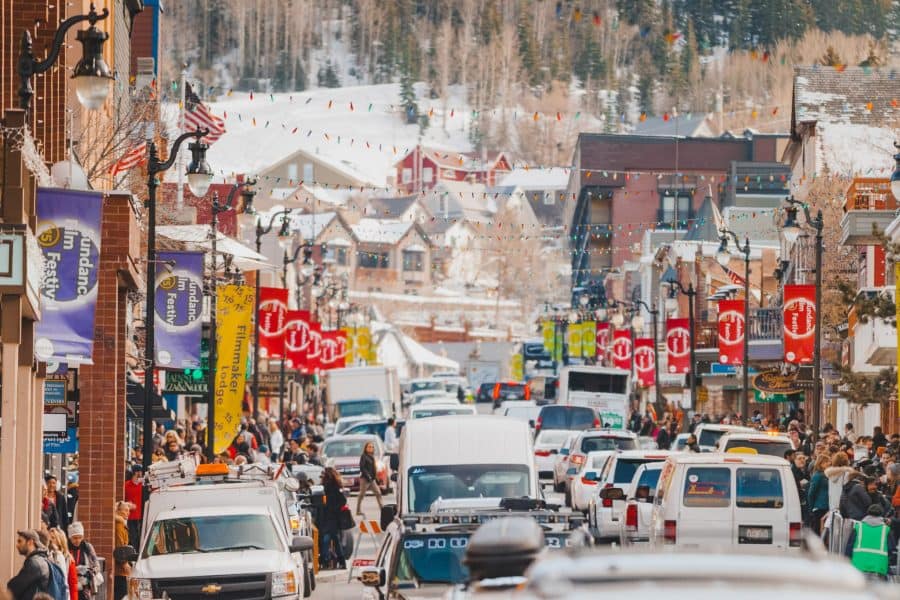 Ty-Ing It Up At The Sundance Film Festival

His character on ABC’s Modern Family is famed for his screwball ‘Phil’s-osophy’, but Ty Burrell has a sharp business mind. While his alter- ego – bumbling dad Phil Dunphy – swears by gems like ‘Watch a sunrise at least once a day’, the actor himself is quietly building an unlikely restaurant empire in Utah.

Burrell is a serious foodie, and on the eve of this year’s Sundance Film Festival in Park City, the double Emmy award-winning actor is opening a major new restaurant at the town’s heart. Situated on Park City’s Main Street, The Eating Establishment is set to be the celebrity hang out during this year’s event.

The complete renovation and redesign of what was previously a 1970s breakfast joint comes as Sundance – America’s biggest independent film festival is about to begin. Kicking off this Thursday (19 January), the festival sees Hollywood decamp en masse to the Utah mountains for 10 days of screenings, promotion, parties – and skiing.

The Eating Establishment will be Burrell’s third restaurant in Utah, after the Bavarian-style Beer Bar and hip cocktail room Bar X, both in nearby Salt Lake City. Burrell has been a resident of the city for a decade, commuting to LA to film Modern Family. In 2014, he made headlines after penning a public love letter to Salt Lake City saying: “I loved you immediately for your humility and your unassuming nature” and praising it as a “ridiculously beautiful place.” With the ongoing success of his restaurant and bar empire, it seems the feeling is officially mutual.

Becky Johnson, Senior Global Manager for the Utah Office of Tourism, Film & Global Branding, comments: “The Sundance Film Festival is always a big event for Utah, when thousands of Hollywood actors and directors descend on Park City every January. Ty’s new restaurant is big news, and will certainly be a ‘must see’ at this year’s festival – along with the slopes of Park City Mountain Resort itself, which is the biggest ski resort in North America.”

Bon Voyage (0800 316 0194, www.bon-voyage.co.uk) has seven nights in Utah from £1,255 per person. The price is valid for travel in March and April 2017 and includes return nonstop Delta Air Lines flights from LHR to Salt Lake City, three nights at the Little America Hotel in Salt Lake City followed by four nights at the Marriott Mountainside Park City plus car hire for the duration, based on two adults sharing room only accommodation.

For more information on The Sundance Film Festival, visit www.sundance.org