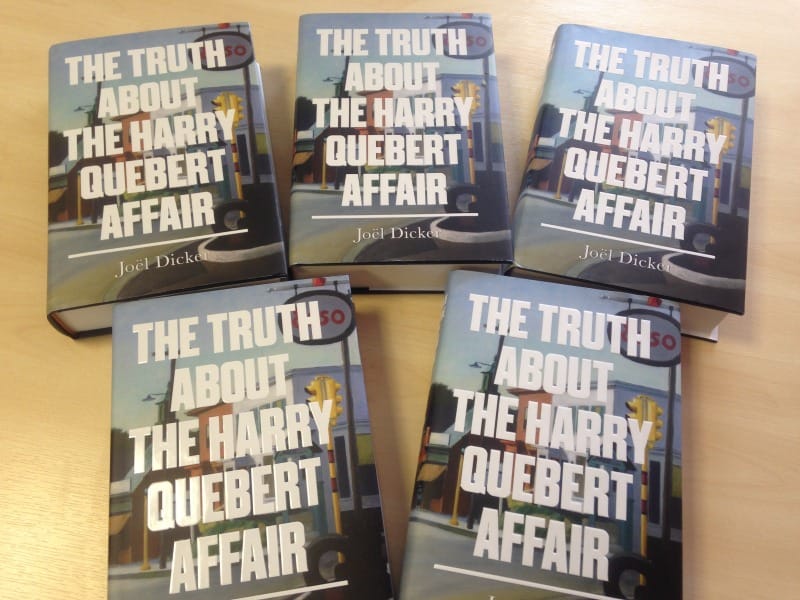 The Truth About The Harry Quebert Affair Review

Now me, I like a hefty tome.  The kind of book that I can get my teeth into and lasts me more than a weekend. That makes me think and guess ahead, identifying the key players in the emerging plot from the first tentative threads of the story.

Well, with The Truth About the Harry Quebert Affair by Joel Dicker I certainly got all that – and more.  At first glance the book jacket shows us it’s a story about small town America and we soon learn that its geographical base is New England and, in particular, Somerset in New Hampshire.

Our narrator is Marcus Goldman, a writer who shot to fame and fortune on publication of his first novel, but now suffering from writer’s block, who seeks to exonerate his old college professor and mentor, Harry Quebert, who stands accused of the murder of young Nola Kerrigan, whose body is unearthed in the grounds of his beautiful home on the outskirts of Somerset.

Marcus is perhaps the only person in the book who doesn’t have secrets from the reader as he appears honest about his reasons for researching and writing the book about Nola and her murder.  But the secrets, lies, prejudices and misdeeds that underscore the narrative are gradually teased out from even the most unexpected characters.

As Marcus’ investigation into who really did kill Nola evolves, it is like being the passenger in a touring car rally, with fast moving developments, sudden braking, switchbacks, reversals, dead ends, mud traps, false starts and eventual triumphs – some of which are short-lived as the course is unexpectedly extended when a new piece of the map is revealed.  But this keeps the reader engaged and longing to know what really did happen to Nola back in August 1975.

The denouement of the story comes as a relief, as the last few switchbacks are almost too much to bear, revealing a unexpected ending, although one that makes total sense when you get there.

I loved this story. My attention was gripped throughout the week it took me to read, even to the point that as I neared the end I had to stay awake until 2am to finish, much to my husband’s annoyance.  I experienced a whole gamut of emotions throughout the read – excitement, disgust, horror, frustration, annoyance, surprise, triumph and finally, that relief it was all over.  I could breathe again.  All the threads were unravelled and resolved. My only residual query is how to pronounce Harry’s surname.