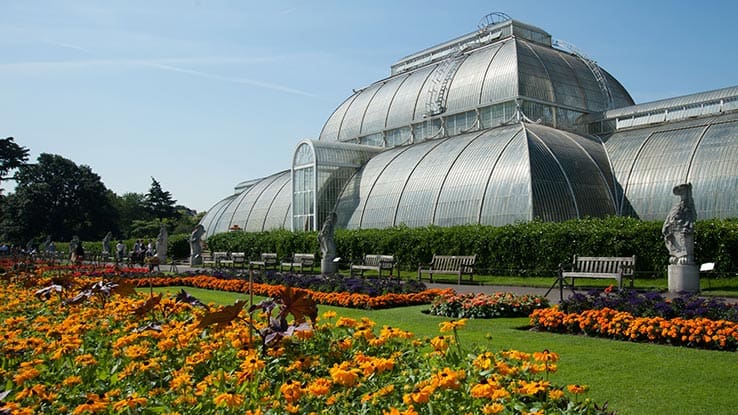 The Leisure Pass Group Recommends Six of the Best: European Cities in Bloom

With the arrival of warmer weather and the Spring colours, now is the perfect time to plan a European city break  –  and for enjoying some of the world’s best botanical gardens once you arrive.

According to the International Garden Tourism Network, there are over one million garden tourists in the USA alone, and some of the best-loved tourism attractions fall into this category.  If you’re looking for a floral treat in Europe, here are the top recommendations from the experts at the Leisure Pass Group, the world’s leading multi-attraction pass specialist:

With The National Flower Show and RHS Chelsea Flower Show in town in May 2019, London already has all things botanical on its mind. Enthusiasts should head straight for the UNESCO World Heritage Site The Royal Botanic Gardens at Kew, which is home to more species in its 132 hectares than any other garden in the world.  Trace the botanical history of Kew back to the 15th century, and explore its restored Victorian glasshouses and galleries, all less than 30 minutes from central London by train  –  and take advantage of fast track entry with the London Pass.

Usually priced at £17 per adult, The Royal Botanic Gardens at Kew are included with The London Pass. www.londonpass.com

Paris: Walk in the footsteps of Louis XIV at The Palace of Versailles

The UNESCO World Heritage site of The Palace of Versailles is one of the largest and most opulent castles in the world  –  and its gardens are the largest of their kind in Europe.  At 250 acres, the Palace Gardens were created in the 17th century at the command of Louis XIV and took 40 years to complete, thanks to their complex landscaped geometric paths and manicured lawns, which perfectly complement the stunning architecture of the Palace itself. Make sure to stop off at the Apollo and Latona fountains to admire the marble statues.

Usually priced at €18, The Palace of Versailles is included with The Paris Pass.

Until 19 May, visitors to the Dutch capital Amsterdam can take a scenic bus excursion to Keukenhof, Holland’s premier tulip region, with the Amsterdam Pass. This region is home to over a million flower bulbs, from tulips and hyacinths to daffodils and other spring flowers. A guided tour takes you through the park, along 15 kilometres of footpaths through 32 hectares of colourful gardens including the English landscape garden, Japanese country garden and historical garden.

Usually priced at €55, the Keukenhof Bus Excursion is included with The Amsterdam Pass – available until 19 May 2019.

Dublin: an oasis of calm in the heart of the city

The National Botanic Gardens in Glasnevin are one of Dublin’s most visited tourist attractions, with their exquisitely restored Victorian conservatories and huge number of exotic plant species. Located a short walk from the city centre, the gardens are an oasis of calm and tranquillity right in the heart of Dublin.  Don’t miss the beautiful rose garden, arboretum and impressive Palm House and Curvilinear Range Victorian glasshouses.

Usually priced at €6, The National Botanical Gardens are included with The Dublin Pass. www.dublinpass.com

For sheer spectacle, visitors to Vienna should take in the Imperial Schönbrunn Palace, whose gardens and park are the finishing touch to this magnificent Baroque landmark.  The 189-metre Orangery Garden is one of the largest Baroque orangeries in the world, while the sheltered location of the Privy Garden makes it the home of Schönbrunn’s most spectacular floral colours, all centred around an ancient yew tree.  The gardens were designed as a symbol of Habsburg Imperial power, and have been open to the public since 1779.

Usually priced at €17.50 per person, entry to Schönbrunn Palace and its gardens is included with the Vienna PASS.

Gothenburg: see one of the world’s rarest trees

Gothenburg’s Botanical Gardens cover an impressive 175 hectares and are home to a nature reserve and more than 16,000 different plant species from around the world. Notable areas of the gardens are the Rhododendron Valley and the Rock Garden with its beautiful waterfall. In the greenhouse visitors will find around 4,000 various species and cultivars, including some 1,500 orchids, a remarkable travertine department and the Eastern Island Tree, one of the rarest trees in the world.

The Leisure Pass Group is the world’s biggest operator of multi-attraction passes which help visitors to save time and money on their sightseeing activities in 37 cities in 17 countries on five continents.  Pass holders can make savings of up to 60 per cent versus gate prices, while they also avoid having to queue for tickets  –  they simply scan their pass and walk right in.