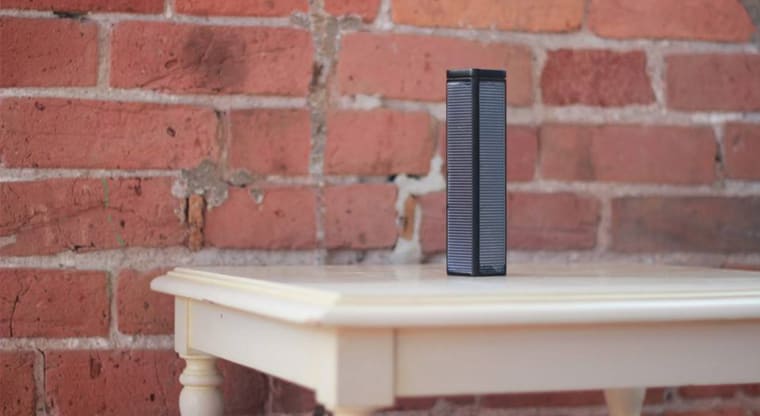 The internet is an incredible thing, but two-thirds of the world population still don’t have access to it. Even in emergencies, the internet might go down when responders need it most. We’ve previously written about BRCK, which boosts data signals to improve web infrastructure in Africa. Now the Outernet Lantern is a portable device that works anywhere, receiving web data from space when the internet’s not available.

Outernet as a company has so far been broadcasting up to 1GB of new data — from news stories and educational content to videos and music — every day from a satellite in space. So far, it’s only been accessible through satellite dishes, but the new Lantern device aims to change that. It’s a portable stick clad in solar panels so it can stay charged without being plugged in. Those with a laptop or smartphone can turn on Lantern’s wifi hotspot to anonymously access the data it receives.

Lantern works much like a radio, in that the device only receives the information that Outernet selects to broadcast, rather than the whole internet. However, users can contact the company to request data. For example, the satellites could broadcast up-to-date and relevant news about an emergency situation or disaster so that responders can stay informed.

Watch the video below to learn more about the project:

The Outernet Lantern can be purchased for donation to those that need it from USD 99 through the company’s ongoing Indiegogo campaign. Backers can get their hands on one for themselves from USD 185. Are there other ways to get online information to difficult locations in times when it’s vital?