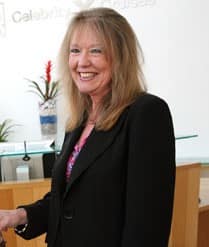 It was with real sadness that I read this afternoon of the death of Maureen Hill, the travel agent who became an industry celebrity, writing a hugely entertaining Travel Weekly column for many years.

I had the pleasure of travelling with Maureen (and 99 other travel agents) on a Travel 2 mega fam to Australia in 1999.  She was as every bit as entertaining in person as she was in print, but I also remember her as a warm, sincere lady who genuinely cared about people.  Perhaps that was why they found it so easy to tell her their stories.

Maureen subsequently wrote a couple of stories about me and always made me sound a lot more interesting than I really am!  But the one moment I’ll always remember did not make the column.

A group of us (led, or perhaps egged on, by Travel 2 sales manager David Longmuir) had decided that a midnight dip in the hot tub with a bottle of champagne was the perfect way to end a day at Queensland’s Dunk Island Resort.  I hurried off to my room to change into appropriate swimwear.

It was at the worst possible moment and with some horror that I heard the unmistakable sound of a key in the lock.  Hoisting my swimmers hastily upwards, an act which caused a certain amount of pain, I stood aghast and almost naked as the door swung open to reveal an equally shocked Maureen.  Her key, apparently, worked for my room as well as her own, which turned out to be next door.

I’m not sure which of us was more embarrassed, but as I was to learn, with Maureen there was no situation that couldn’t be managed by finding its funny side.  Laughter became the primary element of pretty much all our conversations from that moment on.

I was not surprised to learn that Maureen was working as a travel agent right to the end.  She really was a legend and our industry is poorer for losing her.