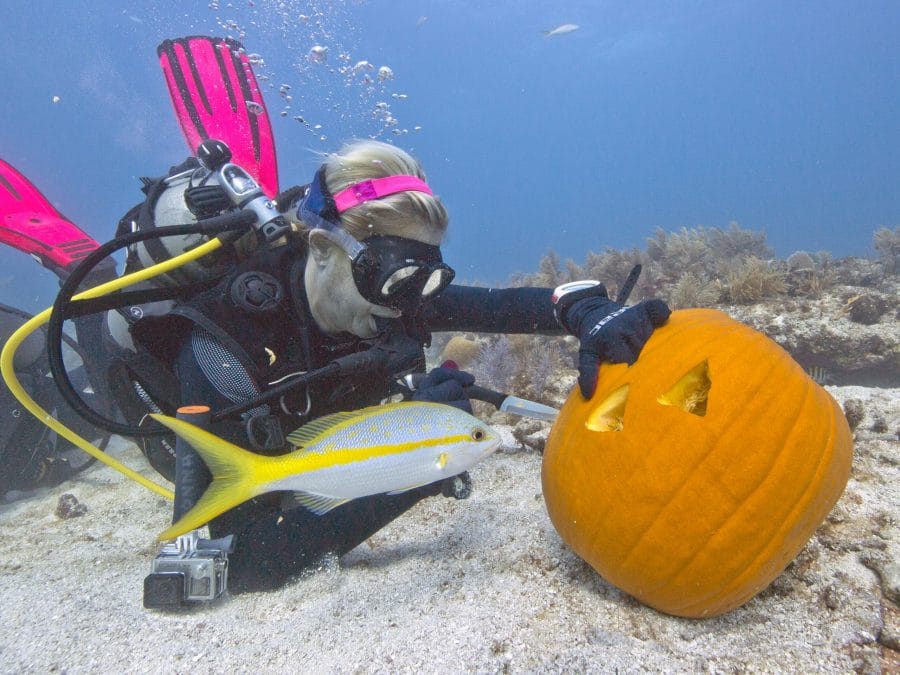 Jana Vandelaar and her daughter Jacqueline, 13, of Key Largo, Florida, added large round eyes and outstretched hands to their carved pumpkin to symbolise the ‘who should we vote for’ dilemma that seems to be challenging many Americans with the election less than a month away.

When completed, their creation rested on the sea floor 30 feet below the surface, amid other carved pumpkins including ‘Howl-ary Clinton’ and ‘Donald Trumpkin’.

Creative artists of all ages submerged with knives to pare facial features, accessorising their orange gourds as they carved, surrounded by the Florida Keys coral reef and fish.

Participating divers were challenged to keep the hollowed-out, naturally buoyant pumpkins from floating off while they carved their works of art.