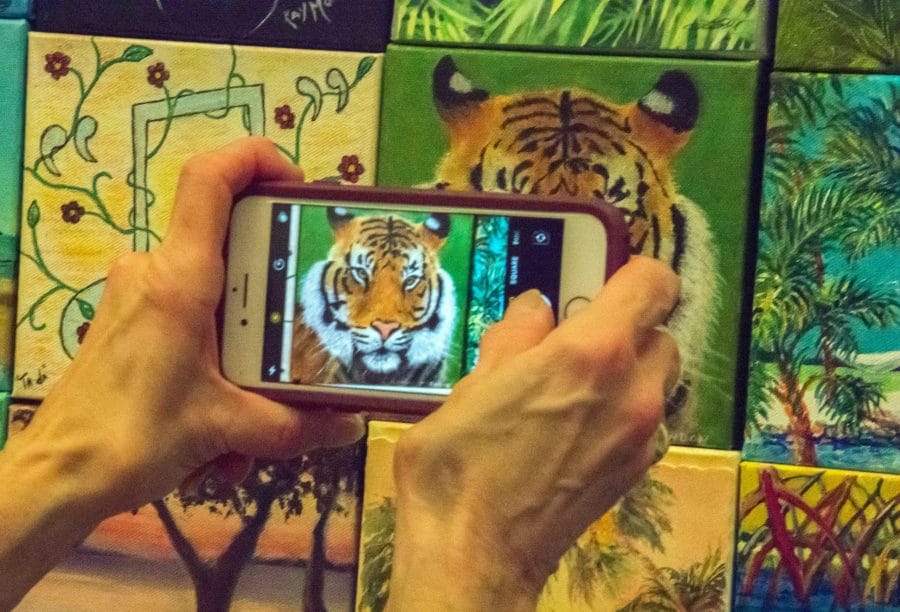 ‘Only in the Keys’ Experiences Enliven Florida Keys Cultural Scene

With a unique history as the home of world-renowned authors and a natural beauty that has inspired generations of artists, the Florida Keys feature cultural offerings that can’t be found anywhere else.

Whether exploring a new museum honouring playwright Tennessee Williams or following a trail of distinctive large-scale sculptures, visitors can find a wide range of “only in the Keys” experiences along the island chain this winter and spring.  Here are four of the best:

A Key West exhibit memorialising iconic playwright Tennessee Williams, who called the island home from the late 1940s until his death in 1983, has expanded to become the Tennessee Williams Museum. It features the largest permanent collection of Williams memorabilia currently on public display, according to exhibit founder and curator Dennis Beaver. Williams lived in Key West as an openly gay man with his partner Frank Merlo, and had a pivotal influence on the island’s literary culture, penning classics including “The Glass Menagerie,” “A Streetcar Named Desire” and “Cat on a Hot Tin Roof.”

Items on display include personal photographs of Williams at home with Merlo and friends, first-edition plays and books, a typewriter used by Williams when he lived in Key West, and even the original steps from the film adaptation of Williams’ play “The Rose Tattoo,” which was filmed in Key West. For information, visit kwahs.org.

A 24-foot mosaic mural featuring art by almost 400 Florida Keys resident artists is currently touring the island chain to celebrate the connection between the community and local cultural initiatives.

The Connections Project mural, spearheaded by the Florida Keys Council of the Arts and titled “A Mosaic of the Keys,” began its tour at the Murray Nelson Government & Cultural Center in Key Largo. The mural is made up of nearly 400 individual canvases measuring 6 inches square that were provided to local artists and creative residents. The completed canvases typically feature art in mediums including painting, photography, mixed media and quilting.  Visitors can enjoy the mural in Marathon (March 1-15), Big Pine Key (March 16-April 4) and Key West (April 5-May 8).  For details, visit keysarts.com.

Visitors travelling between Islamorada and Key West can follow an 80-mile trail of large-scale outdoor sculptures whose installation is being completed along the island chain. The new Florida Keys Sculpture Trail is a collaboration between the Florida Keys Council of the Arts, Key West philanthropists John Padget and Jacob Dekker, and the Monroe County Art in Public Places Committee. Six sculptures are currently installed, with three others to debut soon. Visitors flying into Key West International Airport are greeted by the giant sculptures “Avis Gloriae,” or “bird of glory and praise,” and “Nature Eternal.” Both were created by Sheila Berger. Other Keys works include “Leaves of Grass,” by Markus Holtby, located in Marathon at The Art Studio at 12353 Overseas Highway. “Wind Tower,” a collaborative work of seven sculptors, is located at the site of Grimal Grove on Big Pine Key. Three additional works are to be installed on private property in Islamorada, and two can be found on Grassy Key at Keys Cable at oTHErside Adventure Park.  The sculptures’ locations are detailed on an easy-to-use map in the arts council’s 2018 Gallery Guide. For more information about the trail and a link to the guide, visit keysarts.com.

Turn Back Time on Pigeon Key

The historic 5-acre Pigeon Key has a new gateway in Marathon, with ferry tours to the island departing from the iconic Faro Blanco Lighthouse marina at the Faro Blanco Resort and Yacht Club, a Hyatt Place. Pigeon Key was home in the early 1900s to about 400 workers who helped build Henry Flagler’s Florida Keys Over-Sea Railroad. It was also a supply depot, dormitory with commissary and a passenger train stop. The hour-long tours run daily at 10 a.m., 12 p.m. and 2 p.m. Visitors can explore a former section-gang quarters, former paint foreman’s dorm and a historical museum, formerly the home of an assistant bridge tender. Pigeon Key’s visitor centre is located at mile marker 47.5, just north of the Faro Blanco resort. Visit pigeonkey.net.