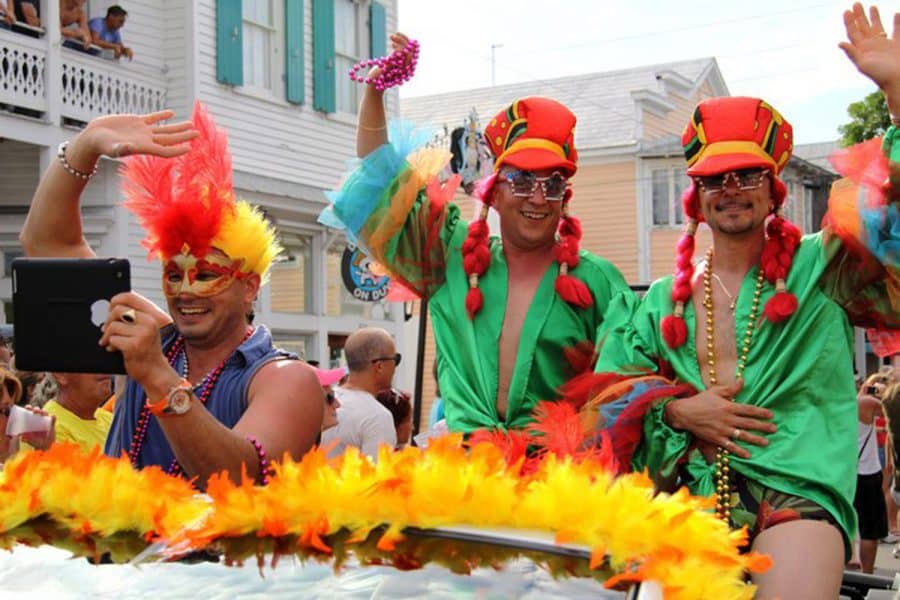 Pageants, a cocktail competition and a parade featuring a segment of a 1.25-mile-long rainbow flag are among the attractions for visitors to Key West Pride 2017. The annual festivities, set for Wednesday 7 to Sunday 11 June, celebrate diversity and equality in the continental USA’s southernmost city, a long-time favourite holiday destination for LGBT visitors.

The celebration also offers visitors a chance to experience Key West’s ‘One Human Family’ atmosphere of inclusion and recognition that all people are created equal.

The 2017 schedule features pool parties, nightly drag shows and aquatic adventures including snorkelling, kayaking and sunset sails. Activities also include curator-led tours of an exhibit chronicling legendary playwright Tennessee Williams’ decades on the island, a pride-themed street fair on famed Duval Street, a one-of-a-kind trolley tour documenting the LGBT community’s impact on Key West history and culture, a burlesque show with an LGBT flair and a lively brunch served with a drag show on the side.

Scheduled highlights include the 2017 Stoli Key West Cocktail Classic challenge, where regional winners from LGBT bars in 17 North American cities compete to create an original Key West cocktail that reflects the island’s creativity and spirit. The final round on 10 June takes place on an open-air stage on Duval Street in the heart of Key West’s LGBT entertainment district, with the winner named honorary grand marshal of the 2017 Pride Parade.

The all-welcome procession is to feature a 100-foot section of Key West’s famed 1.25-mile-long sea-to-sea rainbow flag, created in 2003 by the late Gilbert Baker. The parade will begin at 5 p.m. on Sunday, 11 June, and proceed up Duval Street from the Gulf of Mexico to the Atlantic Ocean.
Travel to the Florida Keys for Key West Pride
OutOfOffice.com (0207 157 1570) has seven nights in the Florida Keys from £1,598 per person, including return direct Virgin Atlantic flights from London Heathrow to Miami, two nights in Key Largo followed by five nights in Key West during Pride and car hire for the duration. The price is based on a 5 June 2017 departure for two adults travelling and sharing accommodation.

Event information and schedule: www.keywestpride.org or www.gaykeywestfl.com
For more information on the Florida Keys: www.fla-keys.co.uk