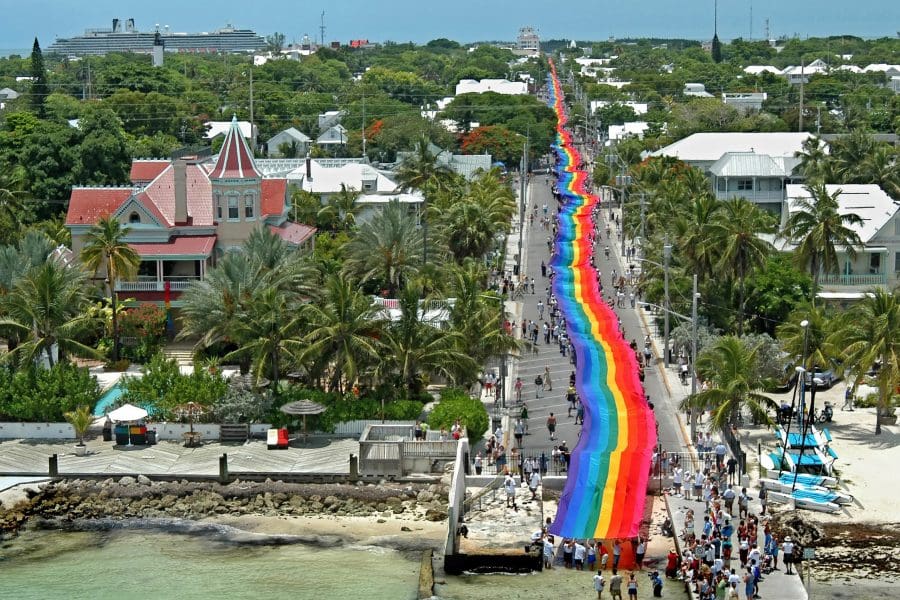 As the city of Key West marks the 20th birthday of its ‘One Human Family’ official philosophy, the slogan’s creator J.T. Thompson features in a newly-released dedicated destination video for LGBTQ+ travellers.

Introduced in 2000 on a free bumper sticker created by local designer Thompson, the ‘One Human Family’ concept encapsulates what life in Key West is all about: compassion, acceptance and respect for people of all kinds. The philosophy was officially adopted by the city later that same year, and subsequently by Monroe County officials on behalf of the entire 125-mile Florida Keys island chain.

‘One Human Family’ is particularly treasured by residents and visitors from the LGBTQ+ community, nearly 300,000 of whom travel to Key West every year. The destination has long been renowned for its welcoming and accepting attitude toward all people regardless of race, ethnicity or sexual orientation.

“The most amazing thing about Key West is how inclusive it is,” said Thompson. “Everybody is welcomed; diversity is encouraged.”

As the new video shows, LGBTQ+ visitors to Key West can honestly and openly feel ‘free to be’ themselves – to make new lifelong friends, play from dawn to dusk, enjoy nonstop partying or simply relax and savour the island experience.

While events such as Key West Pride (3-7 June 2020) and Womenfest (2-6 September 2020) continue to be big draws for gay travellers each year, Key West has a long heritage of being one of the world’s most welcoming year-round destinations for LGBTQ+ travellers.

The city’s LGBTQ+ roots stretch back many years.  Celebrated gay playwright Tennessee Williams first visited in 1941 and subsequently made his home in Key West, while in 1983 the city elected the United States’ first openly gay mayor. Another milestone came in 2015 when four permanent rainbow crosswalks were installed by the City of Key West at the intersection of Duval and Petronia streets – the heart of the LGBTQ+ entertainment district.

As ‘One Human Family’ turns 20, its important message continues to resonate around the world. Themed bumper stickers are available free across the globe, with more than three million having been distributed to people in 95 countries.