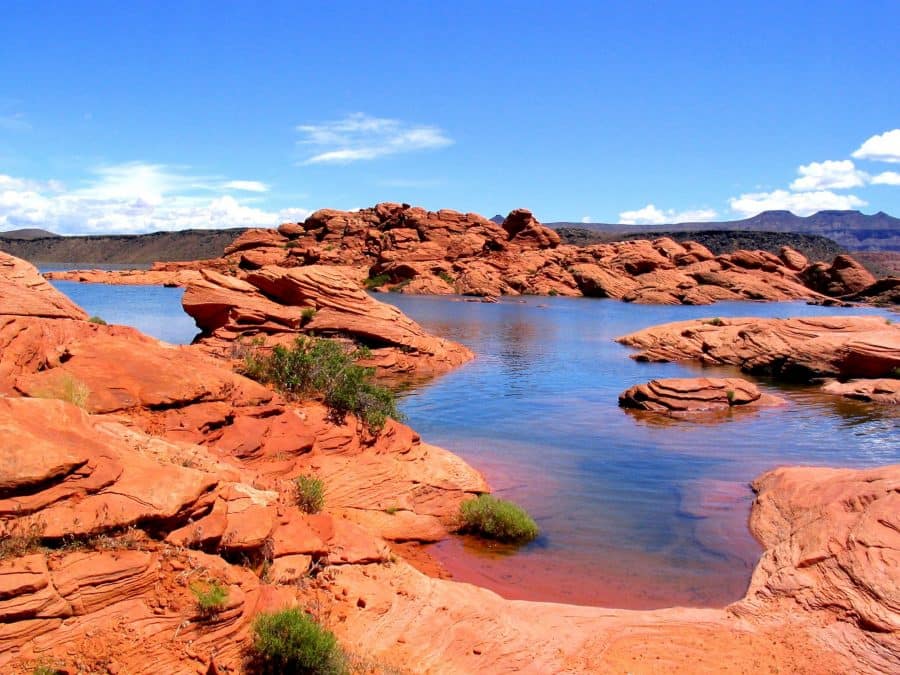 KATY PERRY, GOBLINS AND DARK SKIES: WHY UTAH’S STATE PARKS NEED TO BE SEEN TO BE BELIEVED

Rugged Utah has more than 40 spectacular state parks to explore

From the Rocky Mountains in the north to the breathtaking red spires and cliffs of its southern wilds, Utah harbours some of the most extraordinary landforms on the planet. But it’s not just about the famous Mighty Five® national parks (Arches, Canyonlands, Capitol Reef, Bryce Canyon and Zion). Because beyond those renowned names are more than 43 smaller state parks: pockets of desert solitude that are less busy but every bit as beautiful as the headline grabbing national parks.

With a name like Kodachrome, it’ll come as no surprise that this park begs to be photographed. Here you’ll find an array of spectacular rock formations called sand pipes: multi-coloured spires showcasing 180 million years of geology to dramatic effect. This is a place so extraordinarily beautiful that a National Geographic Society expedition named it Kodachrome in 1948, after Kodak’s early colour film.

Renowned for its breathtaking red rock landscapes and lava caves, Snow Canyon was chosen earlier this year as the main setting for Katy Perry’s Olympic anthem, Rise. A year-round 7,400-acre desert park, it contains 16 miles of hiking trails and some outstanding technical rock climbing. (Watching Perry’s video is enough to put anyone off BASE jumping here though.

A magical place full of goblin-like sandstone monoliths, this park looks like it belongs on another planet – which is precisely what it doubled as in the 1999 movie Galaxy Quest. A few miles outside Hanksville, the thousands of petrified shapes sit clustered together in a secluded valley – as if waiting to be released from an ancient spell.

Best known for its use in the iconic final ‘Grand Canyon’ scene in 1991’s Thelma & Louise, Dead Horse Point boasts the accolade of being Utah’s first state park to be designated as a Dark Sky Park. Its vertical cliffs surrounded by canyons carved by ice, water and wind create a visual masterpiece and it is a spectacular location to see virtually unobstructed views of the night sky with sweeping, 360-degree panoramas.

Utah’s newest state park, pretty Sand Hollow, combines 16,000 acres of sand dunes with the warm blue waters of a beautiful desert lake. The park is understandably popular with wild swimmers, kite surfers and boating enthusiasts, but the dunes themselves are also incredible fun to explore via dirt-bike, ATV or dune buggy.

The largest slice of land within the Great Salt Lake, Antelope Island is just 15 miles long, but is home to one of America’s largest herds of buffalo. There’s an abundance of other wildlife here too, including mule deer, bighorn sheep and the fleet-footed pronghorns who the park is named after.

Thanks to a phenomenon known as the Venturi Affect, the sand dunes here move up to 50ft a year, blown by winds funnelling through the notch between the Moquith and Moccasin mountains. That makes for outstanding, vastly enjoyable ATV riding among the ever-shifting dunes.

High up in the Rocky Mountains on the Utah-Idaho border, Bear Lake glows an incredible aquamarine colour thanks to the natural minerals in the surrounding rocks. Already a hotspot for boating and paddle-boarding, the surrounding state park has also recently become a hub for the hi-tech scavenger hunting trend, Geocaching.

Thanks to the perfect blend of reliable winds and well-positioned rock faces, Flight Park is renowned worldwide as one of the finest training sites for both paragliding and hang gliding. There are plenty of companies here offering tandem flights, or if you prefer terra firma, there’s an area for onlookers to sit with a picnic and enjoy a relaxing afternoon watching the aerial acrobatics.

Wasatch Mountain is home to Soldier Hollow, a key location for the 2002 Utah-hosted Winter Olympics. Today the venue remains open to the public year-round and is one of the best places to enjoy winter tubing with 1,200ft of gliding and sliding lanes available which are fun for all the family!

Becky Johnson, Senior Global Manager for the Utah Office of Tourism, Film & Global Branding, comments: “Utah’s Mighty Five® national parks are well established, both nationally and internationally. But beyond famous names like Zion and Canyonlands, there’s so much to explore within our 43 state parks too. Whatever your goal – from wild swimming in a remote freshwater lake to a fun family hike – there are a mountain of options for you to explore here in Utah.”