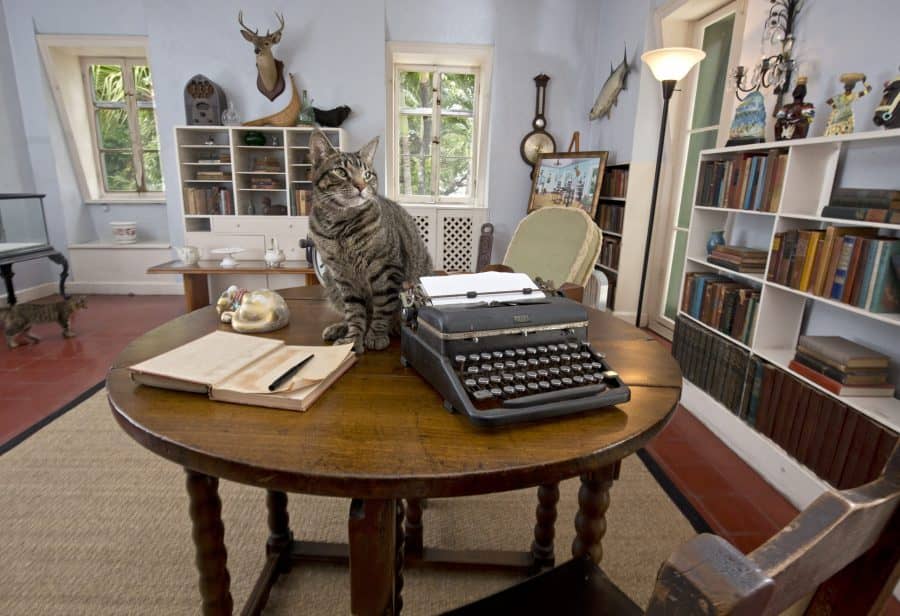 Over 1,400 people have now submitted stories for the Florida Keys Flash Fiction Contest to compete for the opportunity to work in Ernest Hemingway’s former Key West writing studio.

The competition is set to close on 31 March – meaning there is just a week left for aspiring authors to enter. Entries are limited to 500 words or less.

The winner will spend up to 10 days writing in the Key West studio where Hemingway wrote novels and short stories in the 1930s. Other components of the prize – that must be used between 5 July and 31 July 2016 – include three weeks’ accommodation in a residency cottage at The Studios of Key West, a $1,500 air travel card and a $500 debit card for meals and incidentals. The award also includes a day of fishing in the Bacardi Oakheart Key West Marlin Tournament, a highlight of the 2016 Hemingway Days festival.

The contest celebrates Key West’s literary heritage that dates back to Hemingway, who wrote classics including For Whom the Bell Tolls and Green Hills of Africa while living in a Spanish Colonial estate on Whitehead Street in the sub-tropical island city.

Competition details, rules, eligibility requirements and the official submission form can be accessed at www.fla-keys.com/flashfiction. Entries can only be submitted via the website.

Sponsors include the Ernest Hemingway Home & Museum, The Studios of Key West, the Key West Literary Seminar and the Florida Keys & Key West tourism council. The contest’s final judge is a representative of the literary seminar.

Note to Editors: High-res photos that support this story can be downloaded here