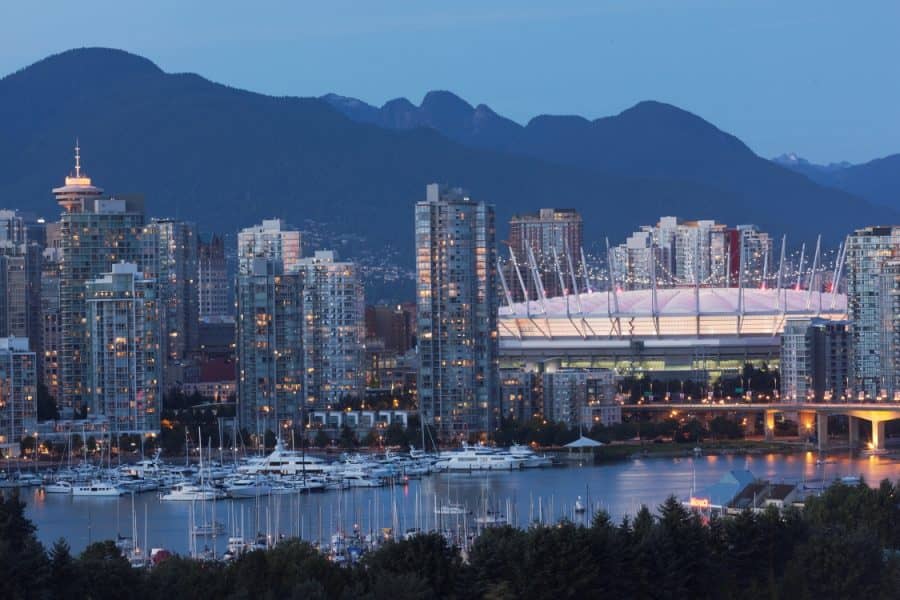 While not a traditional past-time in Canada, rugby is readying for the spotlight in British Columbia during the HSBC World Rugby Sevens Series. Vancouver will host the inaugural Canada Sevens between 12 and 13 March 2016. This spectacular destination is one of the most talked about additions to the HSBC World Sevens Series. The city will be the sixth stop in the 10-city, multi-tournament event that includes similar feats of strength in Cape Town, Sydney and Las Vegas. Backed by the roar of the crowd, 16 national sevens teams, including England, will vie for glory at BC Place Stadium; while individual tournaments award the Cup, Plate, Bowl and Shield, a cumulative tally will determine the championship squad at tournament’s end. As an added bonus, the HSBC World Rugby Sevens Series will act as a primer for the 2016 Rio de Janeiro Olympic Games, where rugby is set to make its official Olympic sport debut.

There’s little wonder why Vancouver was selected as the ultimate Rugby Sevens battleground — British Columbia’s largest metropolis has played host to numerous high-profile sporting events over the years, including the 2015 FIFA Women’s World Cup and the Vancouver 2010 Olympic and Paralympic Winter Games. Here, mild year-round temperatures create an ideal setting for adrenalin-thumping outdoor play. Football fields sit next to pretty parks and sporting venues share real estate with sky-high towers. BC Place Stadium holds court as Canada’s largest multi-purpose sports venue, while numerous professional teams — including the Vancouver Canucks (National Hockey League), BC Lions (Canadian Football League) and the Vancouver Whitecaps FC (Major League Soccer) — all hoist their West Coast colours here. Add to this that Vancouver is a city suited for exploration, be it a cycle through 400-hectare (1,000-acre) Stanley Park, a kayaking excursion within the calm waters surrounding the city, a stroll through North America’s second largest Chinatown or a visit to one of its many spectacular First Nations museums.

It’s not too late for rugby fans to get a piece of the action, if quick. Gullivers Sports Travel (gulliverstravel.co.uk / 01684 293175) is still offering HSBC World Rugby Sevens Series packages from £435 per person including general admission tickets to the tournament and five nights’ bed and breakfast accommodation. Air Canada (aircanada.com / 0871 220 1111) offers return flights from London Heathrow to Vancouver from £630.65 including taxes.
For more about the HSBC World Rugby Sevens Series, visit canadasevens.com/mens