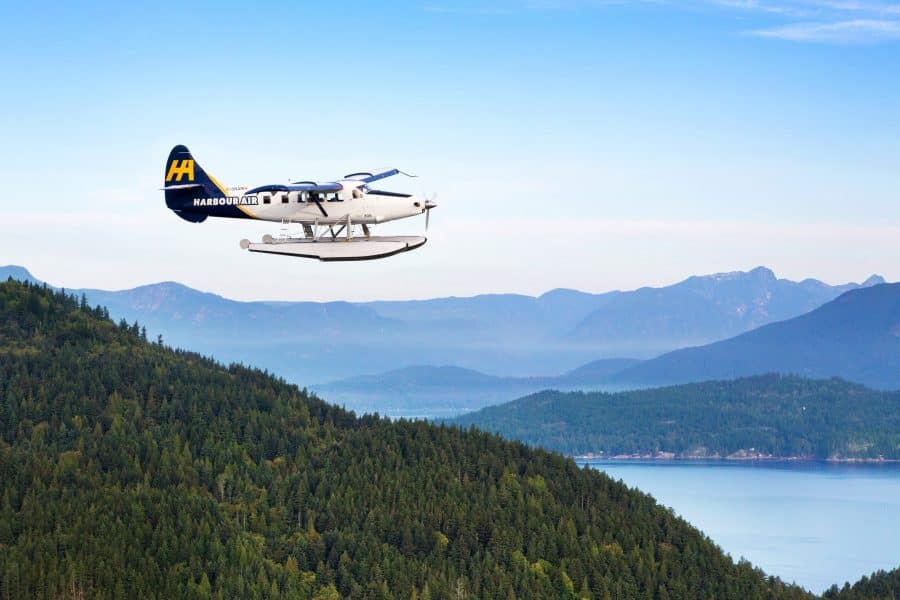 Go Carbon-Free in BC

Vancouver, British Columbia is taking another step towards cementing its reputation as North America’s most sustainable city with the launch of the world’s first all-electric commercial airline.

With sustainability central to the BC ethos, Vancouver’s Harbour Air is partnering with magniX to transform its seaplanes into an all-electric commercial fleet and bring the electric aviation revolution to Canada’s west coast. Existing Harbour Air aircraft will be modified with a revolutionary all-electric magniX propulsion system so the new fleet can provide communities in BC with clean, efficient and affordable electric air travel.

Harbour Air (www.harbourair.com) currently welcomes more than 500,000 passengers on over 30,000 commercial flights each year. Once in operation, the all-electric fleet will run 12 routes between hubs in Vancouver and Seattle as well as servicing popular routes such as Victoria, Tofino and Whistler. Harbour Air and maginX are expected to run test flights on their first aircraft conversion in late 2019. The fully-converted planes are expected to begin flying commercial services in 2021.

Vancouver’s enviable green credentials include the founding of Greenpeace, The 100-Mile Diet and the Oceanwise sustainable seafood programme which celebrates its 15th anniversary in 2020. As well as striving to become the world’s greenest city by 2020 and zero-waste by 2040, in the last two years, Vancouver has become home to the world’s first double LEED Platinum Convention Centre (LEED™ being the benchmark for certifying the world’s greenest buildings).

Discover more ways to off-set your emissions with these sustainable initiatives in British Columbia:

Sleep Sustainably in Vancouver at the new EXchange Hotel. Located in the heritage Vancouver Stock Exchange in the heart of Downtown’s Central Business District, the property offers 202 four-star boutique hotel rooms and meets LEED™ Platinum certification standards – the first for a heritage conversion in Vancouver. The hotel is complete with LEED™ certified Harbinger Sherlock flooring, a recycled and re-usable material locally made in Canada, and utilises a clever non-potable water system which uses storm and ground water and dramatically reduces wastewater. It also has the most energy efficient lighting possible. All contribute to a hotel experience that is luxurious, convenient and eco-friendly. Rooms are available from £156 per night based on an April 2020 check-in.

Eat local on the BC Farmers’ Market Trail. This new online trail connects locals and tourist alike with 145+ farmers’ markets across the Province, providing information on what’s on offer and what’s in season with a focus on promoting local, regional produce and supporting the popularity of the farm-to-table culinary movement in the Province.