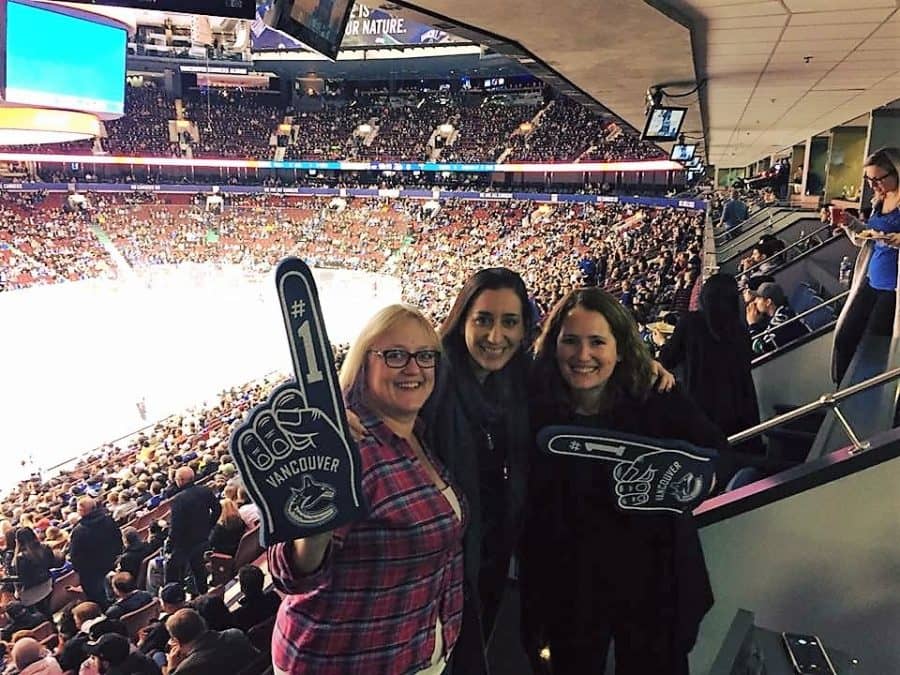 There are times when you really love your job.  My recent trip to British Columbia, Canada, was one of them!

Three days after World Travel Market I headed to Victoria, BC for Canada’s West Marketplace. Now I love Victoria, I love that it has some of the best bits BC has to offer but with a good old British infusion. I’m patriotic, what can I say?

This time I thought I’d head to Canada using a slightly different route. In honour of the good old ‘Two Nation Vacation’ I flew from London into Seattle. We’ve worked on these itineraries for a while now so I wanted to see what it was all about, and I wanted to try out the Clipper. #newwaystotravel

Despite the 7am early start (I was awake anyway, so it didn’t matter), this high-speed ferry from Seattle to Victoria was a seamless form of travel. Boarding was easy.  They took my suitcase, stored it and handed it back to when I went through Customs in Victoria. This has to be the tiniest Customs I’ve ever been through – just three guys checking passports, all with a friendly chat and a smile.

What really surprised me was the variety of traveller on board. For an early Sunday morning I had a young French family behind me, a rather tired teenager opposite me, some older day trippers amongst others. I don’t know what I was expecting but it was nice to see that this appealed to all sorts.

Once on dry land I trundled my suitcase one whole block to the Fairmont Empress. Now this is a grand dame hotel, sitting overseeing the harbour like a true monarch. She’s just had a massive refurb, touched up her make-up and lifted the hem of her skirt! She’s gorgeous, sophisticated and subtly sexy. I know it’s just a hotel, but when you stay in so many, of many differing standards, it’s a special treat being spoilt in one of this quality.

The timing of this show means it’s not usually well attended by the Brits.  It’s just too close to WTM.  But for me it’s one of my best shows. I get to reunite, catch up and banter with the other BC overseas reps  –  and meet up with the local suppliers which is invaluable when storing product knowledge.

It’s also great fun! In Canada the food is usually good and the entertainment at the hosted evenings lively, and Victoria didn’t let us down with the opening event taking place in the local food market. Anywhere that allows you to graze, chat, listen to live music is a winner with me. Oh, and they had a Donut wall – I mean, what’s not to like?!

With the show over, and lots of new product knowledge filed away from our short eight-minute meetings, we had to head over to Vancouver.  Cue my second unusual form of transport:  the Helijet! There are many ways to get between Victoria and Vancouver:  the ferry, a traditional flight, a float plane and a helicopter! I love that BC offers such a variety of transportation.  It’s part of the local personality, and this seemed to be equally as popular with the day trippers as well as the long-haul travellers. Brilliant!

The last day had us all attending the Destination BC marketing meeting.  These are always quite intense as there is a lot of info to be shared and to take in, but they’re so worth it.  And this time we were rewarded with a trip to the Rogers Arena to watch the Vancouver Canucks play hockey against the Las Vegas Golden Knights!

I LOVE hockey  –  the music and the atmosphere, the speed of the action, seeing the players spill over the sides onto the ice, the goals, and the fights … and so does my husband.  When we’re in North America in the right season we always try to have a date night at the hockey. Needless to say, he was not overly impressed by my attending another live game that he’d be watching on the sports channels, but hey, I did buy him a foamy finger to compensate.

One last thing before I headed back home was a site inspection of the brand new Parq Vancouver. Any true travel professional loves a site inspection, and I’m inherently nosey, sorry, naturally inquisitive, so this works on two fronts for me. Two hotels sandwiching a new state of the art casino, both with very different personalities. The JW Marriott, sleek and luxurious with some very splendid suites, and on the other side the Douglas, equally elegant but designed and named for the Douglas Fir and leaning very much to the look and feel of BC. Both gorgeous.

Job done, it was time to head home, this time by traditional air travel.  However, as I checked in to travel back to Seattle, I was able to clear US customs in Canada. Quite brilliant.

As I said, it’s times like this that make me #lovemyjob!