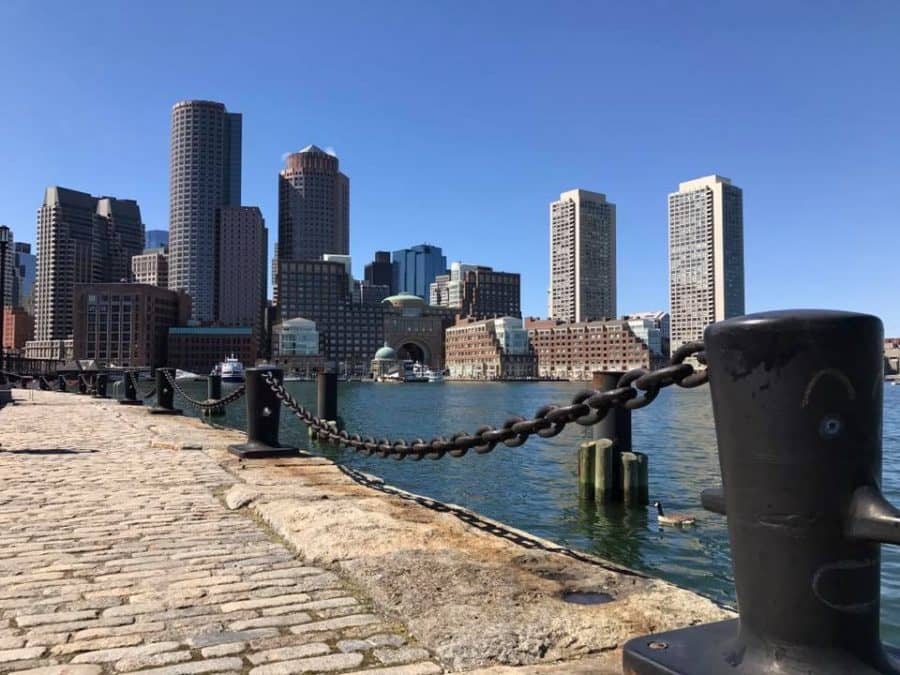 You always head into a fam trip with a little bit of trepidation and a few nerves. Is the itinerary ok? Are the group going to gel? Will it all go ok? So, it’s always a pleasure when you have a real peach of a fam like I’ve just had to New England.

New flights into any city are always very exciting: it means there’s more interest in the destination, and frankly shows us that we’re doing the job we’re meant to do!So, to be invited by Virgin Atlantic to help them celebrate their new flight was an exciting opportunity and knowing that the key partners we’d be targeting around Manchester were luxury operators, this had better be good!

Using the hook of the Oscar winning film ‘Manchester by the Sea’ for all the obvious reasons, I chose to send the group into one of the areas of New England that isn’t always considered: Cape Ann in Massachusetts, and then up to Portsmouth in New Hampshire. I met with an excited group at Manchester Airport, some of them Boston virgins and none of them having visited this part of New England before. I was already onto a winner! We checked in and were thoroughly spoiled on the flight by Virgin staff. Some of us watched the film … it’s not the cheeriest of movies if I’m honest, and I did take a quite a bit of ribbing, but we all agreed the scenery was splendid.
In Boston, we checked into the Godfrey Hotel, freshened up and overcame the call of the comfy-looking bed. We were then treated to a really unusual dinner at RUKA, the Hotel’s Peruvian-Japanese fusion restaurant. WOW! A cuisine little known to any of us, this was a true feast. The crazy cocktails were usurped by the most amazing fish dish that we’ve ever had, and as with any fam it started our eating tour of the region.

The next day was beautiful in Boston with clear blue skies, so we walked across Boston Common to the Loews Boston for a hearty breakfast and a site inspection of the old police station. Then it was off to the JFK library – a personal favourite of mine. I’m glad to say that each and every one of the group loved it equally as much as I did. Next stop was the Boston Tea Party Museum … it’s one of the best living history museums I’ve ever visited. It explains just how Greedy King George III was and how the British lost the colonies. Needless to say, we kept pretty quiet during the tour.
After this we met Micha, the most gentlemanly of drivers who took us up and out of Boston to the North Shore and The Emerson Inn. What a cutesy this place is and what views of the dramatic coastline. I woke up to the best sunrise and a weather report that snow was on its way…. something that just didn’t seem possible.

Another fabulous breakfast in Gloucester at the new swanky Beaufort Hotel and we headed for Salem! This time we gave the witches a miss. Salem is a truly lovely town with loads of history so we headed for the PEM – Peabody Essex Museum. This museum was founded by the East India Marine Society, a group of Salem captains who had sailed beyond either the Cape of Good Hope or Cape Horn. Originally the museum was made up from artefacts they had collected on their travels, including a rather unusual looking penguin. These days it still houses these artefacts but is also home to travelling exhibitions. We were very lucky to see the WOW – World of Wearable Art – exhibition. Think Gaga at her most extreme – there were some extraordinary designs here, really fascinating to see. We left the PEM to very grey skies ….. the snow was coming, but being British we still didn’t believe it was going to be heavy. The trolley tour of Salem was amusing and entertaining and it took us past the House of the Seven Gables and of course the Salem Witch Museum.

We then headed to Portsmouth, New Hampshire, and were welcomed handsomely by the staff of the Sheraton Hotel before we were whisked away by our lovely tour guide Joan, a sprightly 82! She told us everything we needed to know about the city. Portsmouth is delightful and industrious at the same time. It has a huge number of restaurants: so many that if every person who lives in the city were to go out to eat they’d still have space! They work hard at all the holidays, especially Christmas, and consider themselves like a snow globe so with every season or holiday they dress the city up to match. It’s fabulous.

Our last night dinner was at SALT, the in house restaurant at The Wentworth by the Sea, a grand dame of an hotel. Historic, stylish and old school glamour. The food was amazing and we had the best time. A quick stop for a night cap left us slipping and sliding back to the Sheraton as the snow came down, just as they said it would and my oh my, it really did. Six inches overnight – but unlike Blighty everything just carried on a normal ….
Final stop in Portsmouth was the haunted Music Hall … another beautiful building but this time with award winning loos! (no photo opps sadly ). Then it was back to Boston to head home after a fabulous trip with a great group of people; all of whom want to reunite on another fam. What was I worried about??