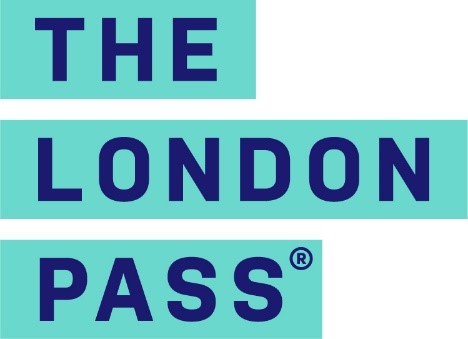 First Timer’s Guide: Make the Most of London with The London Pass

Make the Most of London with The London Pass

With nearly 20 million visitors each year, London is more popular than ever  –  but knowing where to start can be overwhelming if you’re new to the city. So experts at The London Pass (www.londonpass.com) have come up with a three-day itinerary to help every traveller have a memorable and fulfilling first-time London experience.

The London Pass offers holders entry to 80+ must-see attractions, access to special offers and fast-track entry to some of the city’s most popular sites, allowing first timers to save money on their sightseeing and make the most of their visit to the British capital.  Here’s how their experts recommend you spend your three days:

Start your day nice and early at St Paul’s Cathedral, where you’ll enjoy fast-track entry as well as the stunning Dome and the chance to test out the famous Whispering Gallery for yourself.

A 10-minute bus ride will bring you to the Tower of London.  Once inside, join a tour with the Yeomen Warders (or ‘Beefeaters’) and learn about the tales and tragedies of this historic site. Take in the stunning Crown Jewels, and see Henry VIII’s armour at the Line of Kings exhibit.

After a spot of lunch, stroll to Tower Bridge, and take a walk across the Thames and back on its Glass Walkway, which provides a unique view over the river and pedestrians below!

Back at street level, hop aboard a Thames River Cruise and see the city from another perspective.  The London Pass allows you to hop-on/hop-off City Cruises sightseeing boats for a day; from Tower Pier, explore upriver to Maritime Greenwich, or head back towards the West End passing Shakespeare’s Globe and the London Eye.

No visit to London would be complete without exploring its Royal heritage. Starting in Westminster, London Pass holders can gain entry to UNESCO World Heritage site Westminster Abbey, which has hosted Royal coronations since 1066 and was notably the location for Prince William’s marriage to Kate Middleton in 2011!

Using your London Pass, jump aboard a Big Bus sightseeing tour bus (Red Tour route) and head for Buckingham Palace.  Here you’ll find The Queen’s Gallery at Buckingham Palace, a permanent space dedicated to changing exhibitions from the Royal collection. This is a very popular site for London visitors who love art and is free for London Pass holders.

Nearby, you’ll be able to enjoy The Royal Mews, one of the finest working stables in the world and home to the Royal collection of historic coaches and carriages as well as the Queen’s horses.

Take a short stroll into exclusive Mayfair for lunch, after which you will be ready to extend your Royal tour.  Take the Big Bus Blue Tour route (you get one day’s unlimited use with your London Pass) from Hyde Park Corner to the home of the late Princess Diana (and the childhood residence of Queen Victoria), Kensington Palace.  Currently home to Kate and William, Kensington Palace also houses unique exhibitions that delve into the lives of the great women of the monarchy, including ‘Diana: Her Fashion Story’ and ‘Victoria Revealed’.

Complete your first-time London experience by taking a trip out to Windsor (free travel with the London Pass from Paddington station via Slough), where the main attraction is Windsor Castle.

The oldest and largest occupied castle in the world, Windsor Castle is the official residence of Queen Elizabeth II and is her favourite place to spend weekends.  Its beautiful St George’s Chapel will also look familiar, as it was the location for the wedding of Prince Harry and Meghan Markle last year  –  the latest episode in more than 900 years of rich Royal history at Windsor.

To make the most of an escape from the hustle and bustle of the city, London Pass holders can then save 20 per cent while enjoying a relaxing meander along a scenic stretch of the Thames with a French Brothers River Cruise. Cruise up to Bovey Lock and enjoy spectacular views of Windsor Castle and Eton College from the river  –  the perfect end to an intriguing three days!

A 3-day London Pass is priced from £114 per adult and £84 per child (aged 5-15) giving holders access to 80+ London attractions, sites, museums and tours.  Paying individually for the attractions on the itinerary would cost £198.85  – so London Pass holders would save more than £84 over three days.

For more information on The London Pass, visit: www.londonpass.com