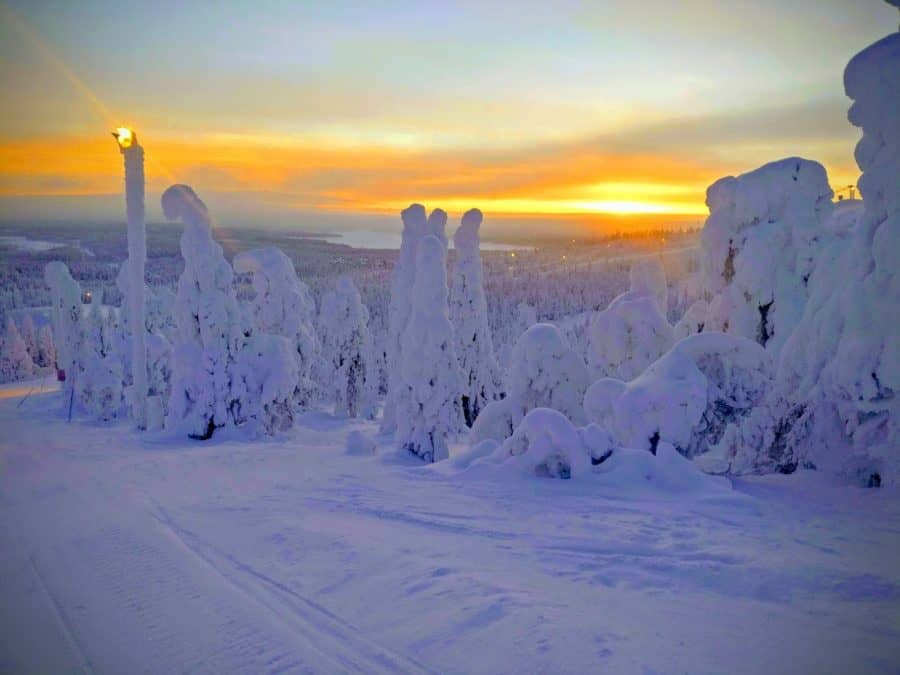 Finns couldn’t be better for this first-time skier!

Apparently the UK has more than six million skiers. However, ask them if they’ve been skiing in Finland, and you might receive a few blank looks.  So I’m in an exclusive group after returning from my first-ever ski trip, which took place in the resort of Ruka, close to the Arctic Circle!

Home to a vast expanse of wildlife, national parks, and not forgetting Santa’s Lapland, Finland is surprisingly also a big ski destination. I’m not sure why it’s such a surprise; most of the Finnish population were learning to ski before they could walk, there’s snow for over half the year, and it’s relatively mountainous. If these factors don’t scream “SKI”, I don’t know what does. However, as far as the tourist skiing scene goes, it’s still relatively overlooked.

Introducing Ruka, my home for the second week of January. 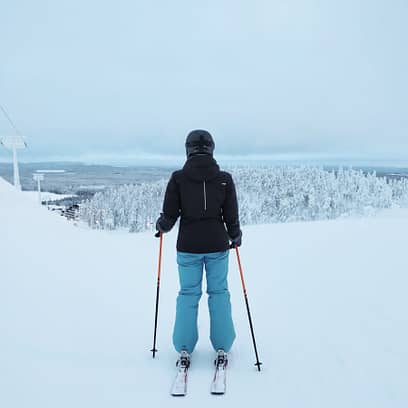 In truth, to the non-skier Lizzie before this trip, all ski destinations looked exactly the same: completely terrifying. But having spent a week on Ruka’s slopes, I can testify just how good Finland is to ski.

Finland is cold – there are no two ways about it. Especially if you go in January!  During our time there, we had a nice range of temperatures, from as high as -5 to as low as -25. Dress in the wrong clothes and you WILL freeze. But dress appropriately and it’s beautifully enjoyable. And the very low temperatures do have their advantages. The snow doesn’t turn to slush, meaning consistent conditions all day – plus it makes a great excuse to stop for a hot chocolate on the slopes!

There aren’t many European ski resorts where you can stop halfway down a slope to stroke a husky. Or feed a reindeer some hay (much to my disappointment they don’t actually eat carrots). Or have your traversing interrupted by an arctic hare dashing out onto the slope in front of you! Finland is home to some incredible wildlife, and if you’re lucky enough to spot it, it definitely adds to its charm.

Finland’s mountains are rather small in comparison to the European giants, which means piste lengths are limited. For an accomplished skier this is probably not ideal, however from my perspective, it meant a reduced distance in which to fall over and embarrass oneself!

Given the time of year, and annual tilting nature of the Earth’s axis, we were blessed with a grand total of six hours of daylight each day. The skiing conditions and visibility were certainly not as clear as maybe other times in the season, however this didn’t seem to affect the skiers, or the availability of facilities. The floodlights were beaming, and so naturally we were too.

All in all, Finland certainly has plenty of appeal. For the ski beginner I think it’s perfect. The abundance of wildlife, quirky activities, friendly people, marshmallow trees, and Northern Light appearances all add to its crisp and tranquil charm; and I am certainly not Finnished with it yet!