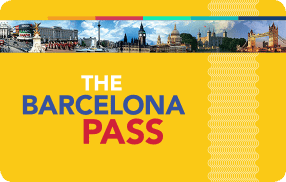 An all-in-one city card which enables visitors to save money and time on their sightseeing in the Catalan capital, the Barcelona Pass (www.barcelonapass.com) includes more than 20 attractions and tours across the city.  Barcelona Pass holders make significant savings compared with the cost of individual tickets to attractions, while enjoying fast track entry at selected popular sites.

The pass is priced from €109 per adult or €69 per child for two days; three-day passes are also available, while an optional travelcard can also be purchased for the duration of each pass.  And the newly-introduced attractions ensure there is plenty for every visitor to enjoy:

A wealth of cultural choice

The new attractions join a Barcelona Pass portfolio which already includes must-do city experiences such as a tour of FC Barcelona’s legendary Camp Nou football stadium and entry to Gaudí’s masterpiece, UNESCO World Heritage site Casa Batlló, as well as a hop-on/hop-off city bus tour, walking tour and many other experiences.  Barcelona Pass holders also benefit from special offers and discounts on various tours, retailers and restaurants across the city, as well as a free guidebook.

The Barcelona Pass is available for purchase at www.barcelonapass.com and can be shipped globally or collected on arrival in the city.