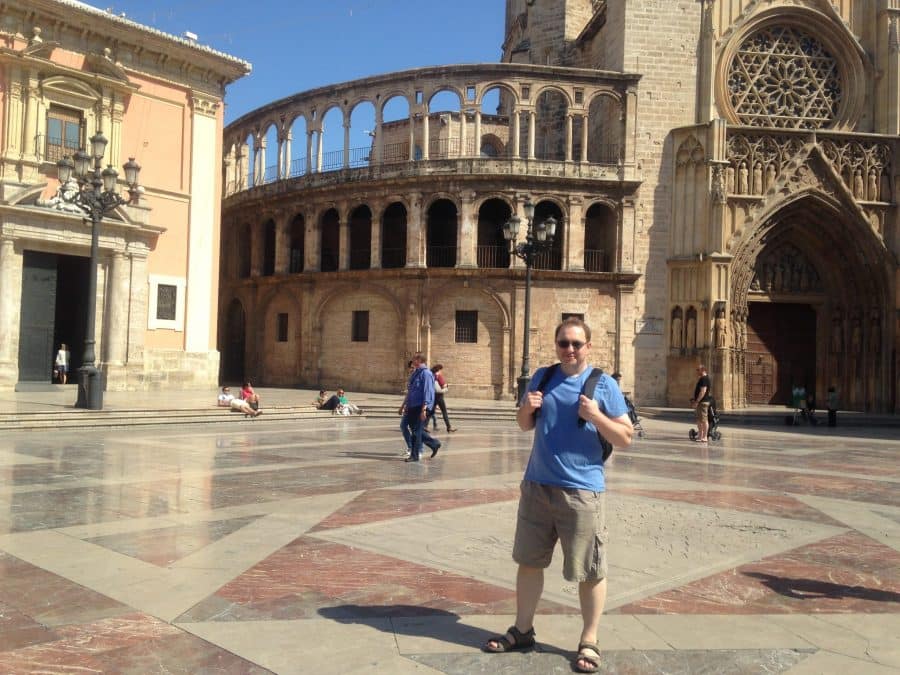 DAVID’S HIGHLIGHT OF 2014: A TASTY WEEKEND IN VALENCIA!

As ‘the other David’ noted in his recent KBC blog post, the New Year is a time for reflecting on the year just gone.  In my case, with some dismay.

Dismay at the realisation that while my colleagues had unforgettable press trips to the Florida Keys and the Azores to draw upon when coming up with their 2014 highlight, the most exotic place I travelled to on business last year was World Travel Market at Excel!

So I decided to share some thoughts about one of my personal travel highlights from last year  –  a long weekend foodie break in Spain’s third-largest city, Valencia.

Valencia hadn’t really been on our radar until we met up with friends who raved about their recent visit.  So we took the plunge, booked some convenient flights from Gatwick, and chose a fairly stylish hotel not far from the Old Town.

Based on my experience Valencia really has three areas of interest.  The stunning and atmospheric Old Town is home to the city’s magnificent cathedral and the nightlife of the Barrio del Carmen.  This contrasts completely with the ultra-modern City of Arts & Sciences, with its space-age architecture which includes the world-class aquarium Oceanogràfic.  Finally, there are the broad, sweeping beaches.

We experienced and enjoyed each of these areas of the city, but what really set Valencia apart and made it so memorable was the food scene.

Before visiting, the only thing I knew about Valencian food was that the city is the birthplace of paella  –  reason enough to want to learn more!  But it was fascinating to see just how important food is in the local culture.

Surrounded by some of the most fertile agricultural land in Spain, and right on the Mediterranean coast, Valencia has an abundance of fresh produce.  And much of it comes into the massive Central Market.  One of Europe’s biggest and oldest, this market was a riot for the senses, with pretty much any foodstuff we could imagine on display.  There seemed to be hundreds of stalls and when we decided to go back to one where we had seen some tantalisingly tasty-looking nuts, it took us 20 minutes to find it.  But the nuts were absolutely worth the wait!

The market supplies Valencia’s thriving restaurants and by doing our research and booking in advance we were able to enjoy three of the very best.

First up was the Ricard Camarena Restaurant.  Located in a quiet, residential part of the city this was all about fine dining in relaxed, stylish surroundings.  Camarena himself is a star of the local culinary scene and with set menus for dinner starting at around 70 Euros it wasn’t cheap, but it was definitely worth it for the sheer creativity and flavour combinations we experienced.

Out at El Cabanyal, a fairly scruffy area which was once the city’s fishermen’s quarter, we found a real treasure.  Like its setting, Casa Montaña doesn’t look much from the outside  –  but go inside and you find a true piece of old-time traditional Spain in this homely tapas bar.  We even had to duck under the bar to get to our table at the back!  What followed was quite simply the best tapas we have ever tasted, with the stuffed piquillo peppers, cod croquettes and stewed beans just sensational.  A long post-lunch stroll on El Cabanyal’s beautiful beach rounded off a wonderful afternoon.

Back in the Old Town our last stop before heading off to catch our plane was a ‘blink and you’ll miss it’ family-run restaurant called El Celler del Tossal.  The star of the lunchtime menu here was an alternative black rice paella, which we were offered ‘wet’ (ie. creamy) or ‘dry’. Unique in my experience, this was accompanied by one of their well-chosen wines, a wonderful Gran Caus rosé.

I recently looked at Valencia’s top restaurants on TripAdvisor and there were several new ones I didn’t recognise from my research last year, so there’s no question that the culinary scene there is continuing to evolve.  I’m looking forward to my next foodie break!