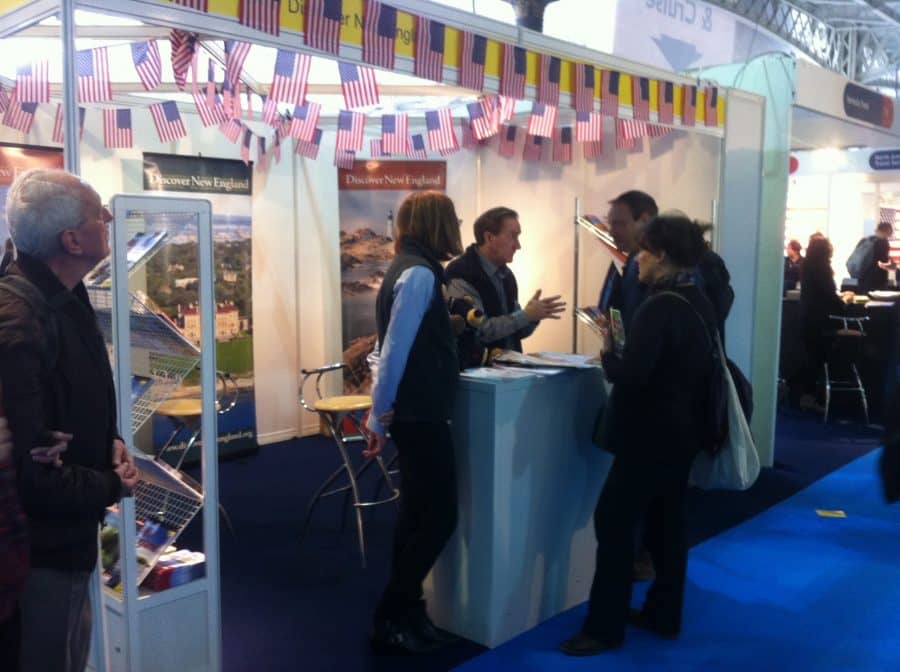 Clients in the house!

It started in Olympia! Four fun filled days on the Discover New England booth meeting with consumers to help them with their holiday making decisions. It was great. On all four days we were meeting with people who genuinely wanted our help to plan their New England holiday. Hours were spent poring over maps, highlighting key locations and giving advice on how long to stay and where to eat; along with what to do and see.

We were delighted at the large number of people who walked away, colour coded map in hand, stating they were taking this to one of the tour operators present at the show to get quotes and to book. Brilliant!

I’d planned a sales mission for my New England client in and around Dublin with some trepidation.

It wasn’t the thought of the actual meetings we were going to but Ireland’s terrible reputation for rainy weather. A lot of our calls were going to be reached on foot and I could think of nothing worse than tripping along the side of the River Liffey getting soaked; but I needn’t have worried – it was gloriously sunny with a good winter chill!

All the better for getting my people from A to B quickly, a task I achieved and earned myself the new nickname of Sergeant Major to boot. (Those that have been on a mission with me won’t be surprised ;)).

The mission itself was very successful. It was good to meet with the tour operators and to hear the latest about what’s hot and what’s not in the Irish market; but also for the client to see the differences between the UK and our Irish friends. This gave us the chance to brainstorm some new ideas and approaches for New England and for every one of us to learn something new.

It’s now with trepidation again I start my follow up – it’s going to be a big but totally rewarding task, and I’m excited to see our ideas come to fruition. Watch this space ….