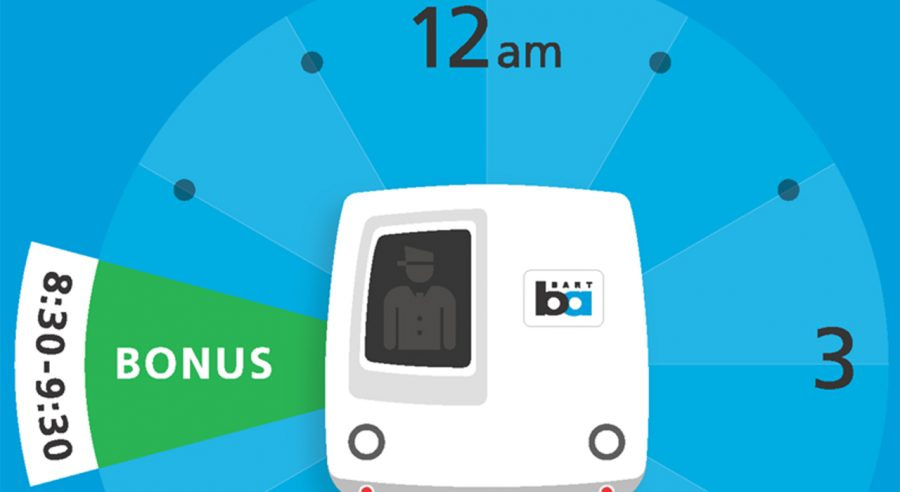 As cities struggle to sort out their transport systems, urban planners are coming up with innovative ways of tracking and incentivising off-peak travel. Back in 2014, we looked at a system in Singapore that uses algorithms to retrieve valuable data required for urban planning. The system allows the city to determine the most congested zones in order to develop incentives for commuters to use alternative routes. Now, BART Perks has been introduced in San Francisco but, instead of gathering data, the city has predefined off-peak times when users can earn rewards for traveling.

BART Perks, which aims to solve commuter congestion, was developed by Ryan Greene-Roesel, a senior transportation planner at the San Francisco County Transportation Authority. Greene-Roesel estimated that just 1,200 people moving their commute would be the equivalent of putting an extra 10-car train into service. A survey revealed that the majority of those commuting into San Francisco worked in tech and a staggering 20 percent had no barriers to changing their working schedule. Incentivizing those who could move their schedule, she concluded, would make room for those who couldn’t.

Riders register for BART Perks and their journeys are tracked starting when they enter a train station. They receive points per mile for every trip they take. However, entering a station during “Bonus Hours” (6.30 to 7.30 am or 8.30 to 9.30 am – i.e. the hours either side of the morning rush hour) means their earnings are increased. Commuters can then exchange points for cash (1,000 points equals USD 1) or gamble for the chance to get USD 100. Alicia Trost, a BART spokeswoman, explained the logic behind the rewards, “We wanted to make an incentive and make it fun and addictive, like how you track your steps (on fitness apps)”

The programme rewards are capped at USD 50,000 and will run until February.