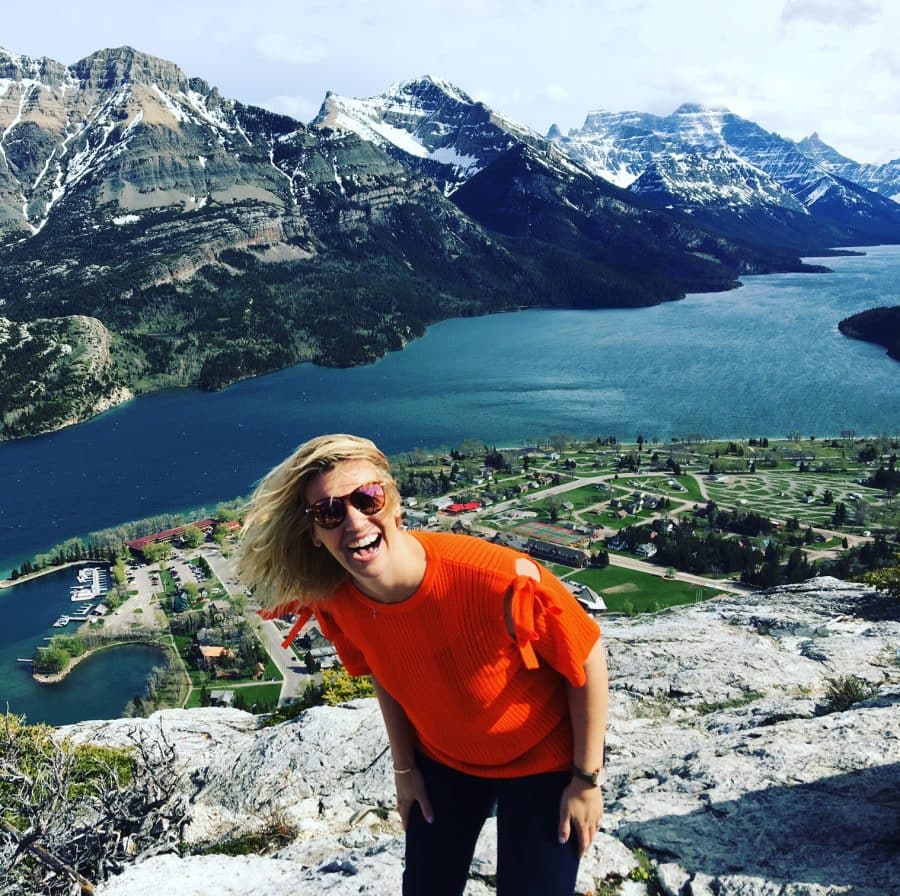 Alberta Badlands are all good

It was only 738ft high, but to me it was a mountain all the same and after a very steep mile-long climb, huffing and a-puffing, I’d reached the summit! The resulting view after completing the Bears Hump Trail in Waterton National Park was one of the highlights on my recent trip to Southern Alberta.

I was here to explore the undiscovered parts of Alberta, the lesser known, hidden gems of the Province. Driving through the Badlands and Prairies, I couldn’t get over how the scenery would change in a flash. From grassy plains flat as far as the eye could see, suddenly we were twisting and turning down through a valley of hoodoos (naturally formed tall, thin, rock formations) and coulees  (a result of glacier drainage following ice age). It felt like I was on a different planet, far, far away. Which is quite apt, as this was Drumheller, the self-proclaimed ‘Dinosaur Capital of the World’.

We stopped off at Dinosaur Provincial Park, a UNESCO World Heritage Site, for a tour and sure enough, we were literally walking over the remnants of these glorious beasts that roamed the earth 75 million years ago, learning about how they got here and what life would have been like for them. It’s was an exciting time to be in Drumheller as the same day we are in town, the Royal Tyrrell Museum revealed the discovery of a new species of dino – the nodosaur – the oldest and best preserved armoured dinosaur ever found in Alberta, which is now on display in the new ‘Grounds for Discovery’ exhibit.

My tour also took me to the quirky town of Medicine Hat, where I took part in a progressive coffee tour, definitely one for caffeine addicts. I sampled coffees from around the world in taste-bud popping flavours. Feeling slightly buzzy from the caffeine I then explored the town’s pub scene and sampled delicious craft beer and dined on famed Albertan beef.

I needed the fuel as the next day I arrived at the last stop of my tour, the breathtakingly beautiful Waterton National Park, yet another UNESCO World Heritage Site. This tiny community consists of just 45 year-round residents, but when the summer season starts in May, the visitors arrive by the thousand. And it’s no surprise. There are Instagram worthy shots from every vantage point. After checking out the views from high above, I was excited to board the Miss Waterton cruise boat for a leisurely Sunday morning sail. The tour takes you across the American border, crossing into Montana and Glacier National Peace Park, the only one in the USA. I scoured the shoreline for a mum bear and her cubs that had been spotted the previous day, but no such luck today. But it was the reward of that view from Bears Hump trail that will stay with me for a lifetime. The Albertan Badlands have stolen my heart, and I can’t wait to return to discover more.