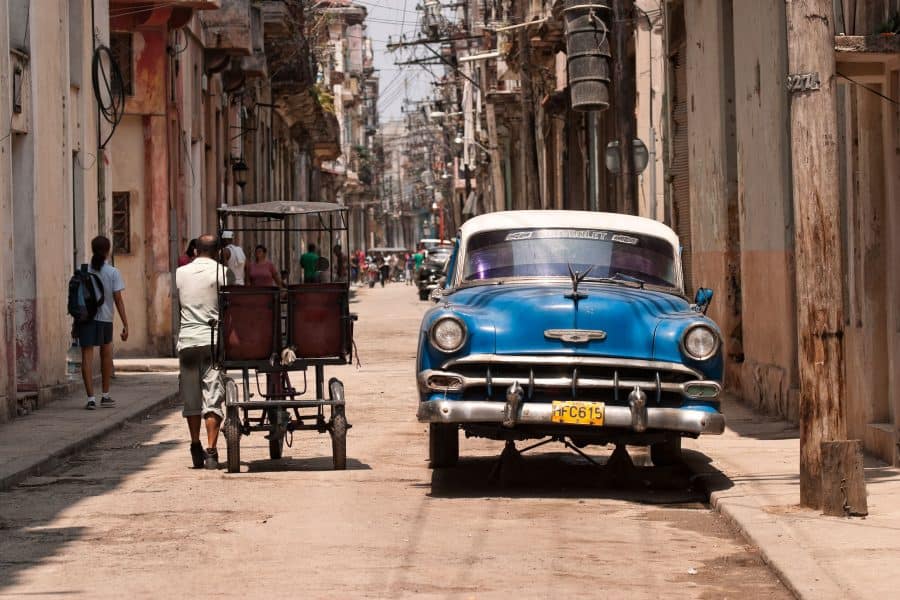 All Aboard the Cuba Bandwagon

It’s happening at last. The long-awaited thaw in relations between the USA and Cuba seems finally to be under way with the recent meeting between the two countries’ Presidents. Yes, they actually sat in the same room and shook hands – unthinkable for my entire lifetime, until now.

Clearly there’s a long way to go, but President Obama’s acknowledgement in December that the US approach to Cuba was ‘outdated’ signalled an upcoming sea change in policy. It seems reasonable to anticipate that the barriers to US tourism and investment in the Caribbean’s largest island will fall away sooner rather than later. And with that, of course, will come change.

Change tends to focus the mind. In my case, an interest in visiting Cuba sometime has very quickly transformed into a sense that if I don’t go soon I’ll never see the destination people rave about. The one where the streets are full of colourful 1950s Cadillacs, which cruise amidst the faded grandeur of elegant colonial buildings. A time capsule in which the modern world simply doesn’t seem to exist.

In its place I have a vision of endless neon and fast-food chains, the product of inevitable globalisation which will understandably be welcomed with open arms by the locals. My vision is extreme, I know – after all, tourists from the UK and many other markets have been travelling to Cuba for many years. Even 400,000 Americans get there each year one way or another. But I can’t shake the feeling that things are about to change irrevocably.

For the locals, this almost certainly means a more prosperous society with better prospects. And who would begrudge them that? But for most international travellers it will, over time, remove from Cuba the uniqueness which so attracts them now.

In the short-term the influx of US tourists will more than compensate. But longer term? The travel industry will need to rise to the challenge of finding a new way of marketing Cuba. It will still have its size, history, variety and outstanding natural beauty. It just won’t be quite the same.

Me? I’m taking no chances. My flights are already booked. I suspect many others will do likewise.